* Some prices may not be up to date according to today's latest price. Learn more

We have a new phone from Xiaomi Bangladesh namely Xiaomi Redmi A1+. The device is priced at ৳11,999 for the 3/32 GB version.

Earlier this month Xiaomi introduced the Redmi A1. This new plus version has almost the same specifications as the regular Redmi A1, only that we have a back-mounted fingerprint sensor included here. This is also a 3/32 GB version. The regular A1 comes with 2 GB RAM.

Redmi A1+ is a decent phone altogether except that the chipset is a MediaTek Helio A22. You would expect something more updated for this price. At least a Helio G35 chipset. Some phones are coming with 4 GB RAM and much more powerful Unisoc T606 chipset around this price such as the newly released Symphony Z47. There are few other phones from Symphony Mobile, Realme and so on which will provide you better performance around this price. So, we can’t recommend this phone specially when it comes to the performance. 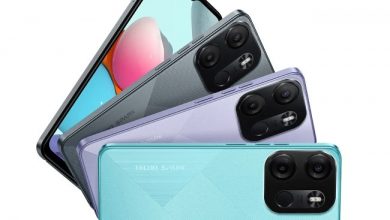 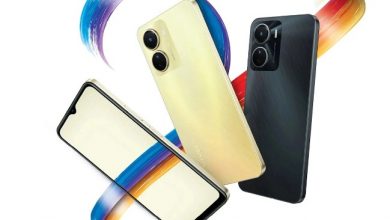 Infinix Hot 20i released in Bangladesh

4 weeks ago
General Disclaimer: We do not guarantee that the information on our page is 100% accurate. Learn More
We use cookies on our website to give you the most relevant experience by remembering your preferences and repeat visits. By clicking “Accept All”, you consent to the use of ALL the cookies. However, you may visit "Cookie Settings" to provide a controlled consent.
Cookie SettingsAccept All
Manage consent

This website uses cookies to improve your experience while you navigate through the website. Out of these, the cookies that are categorized as necessary are stored on your browser as they are essential for the working of basic functionalities of the website. We also use third-party cookies that help us analyze and understand how you use this website. These cookies will be stored in your browser only with your consent. You also have the option to opt-out of these cookies. But opting out of some of these cookies may affect your browsing experience.
Necessary Always Enabled
Necessary cookies are absolutely essential for the website to function properly. These cookies ensure basic functionalities and security features of the website, anonymously.
Non-Necessary
Any cookies that may not be particularly necessary for the website to function and is used specifically to collect user personal data via analytics, ads, other embedded contents are termed as non-necessary cookies. It is mandatory to procure user consent prior to running these cookies on your website.
SAVE & ACCEPT